This is the home page of the site and it’s about home. Our home. And the home that is this planet. It’s also about permaculture – a creative and ethical design process based on circular whole-systems thinking which aims to realign human activity with the patterns, processes and relationships of the natural world.

Turning permaculture into a verb – permaculturing – reflects the process-oriented reality of the natural world where nouns (things) have only relative and contingent existence as interdependent elements of a whole system in constant and eternal cyclical movement and change.

Which is really just another way of saying it’s about working with nature, not against it. And that we’re inescapably part of nature too, whether we happen to see ourselves that way or not.

This project has been one of those dreams which, instead of fading away gracefully with time and age and ‘sense’, got progressively stronger and more insistent, so its eventual realisation became not just completely irresistible, but utterly inevitable.

The dream? Living a self-sufficient, “green” and eco-friendly life … designing and building autonomous accommodation from mostly natural, benign, locally-sourced, renewable and/or recycled materials … figuring out ways to do it where everything has a purpose and place within self-sustaining feedback loops and nothing is ‘waste’, including human waste … designing our land and buildings according to permaculture principles … building in resilience by stacking functions and creating multiple redundancy … using the permaculture maxim ‘the problem is the solution’ to resolve our challenges … slowing, spreading and infiltrating rainwater to rehydrate the landscape … growing our own organic food while restoring and building soil health and fertility … creating multilayered polycultures and using agroecological techniques in maximising diversity in our food forest and growing areas … generating our energy from renewable and sustainable resources … replanting indigenous broadleaved woodland species to replace plantations … helping others to do the same and being part of a wider community of people working towards the same goals. 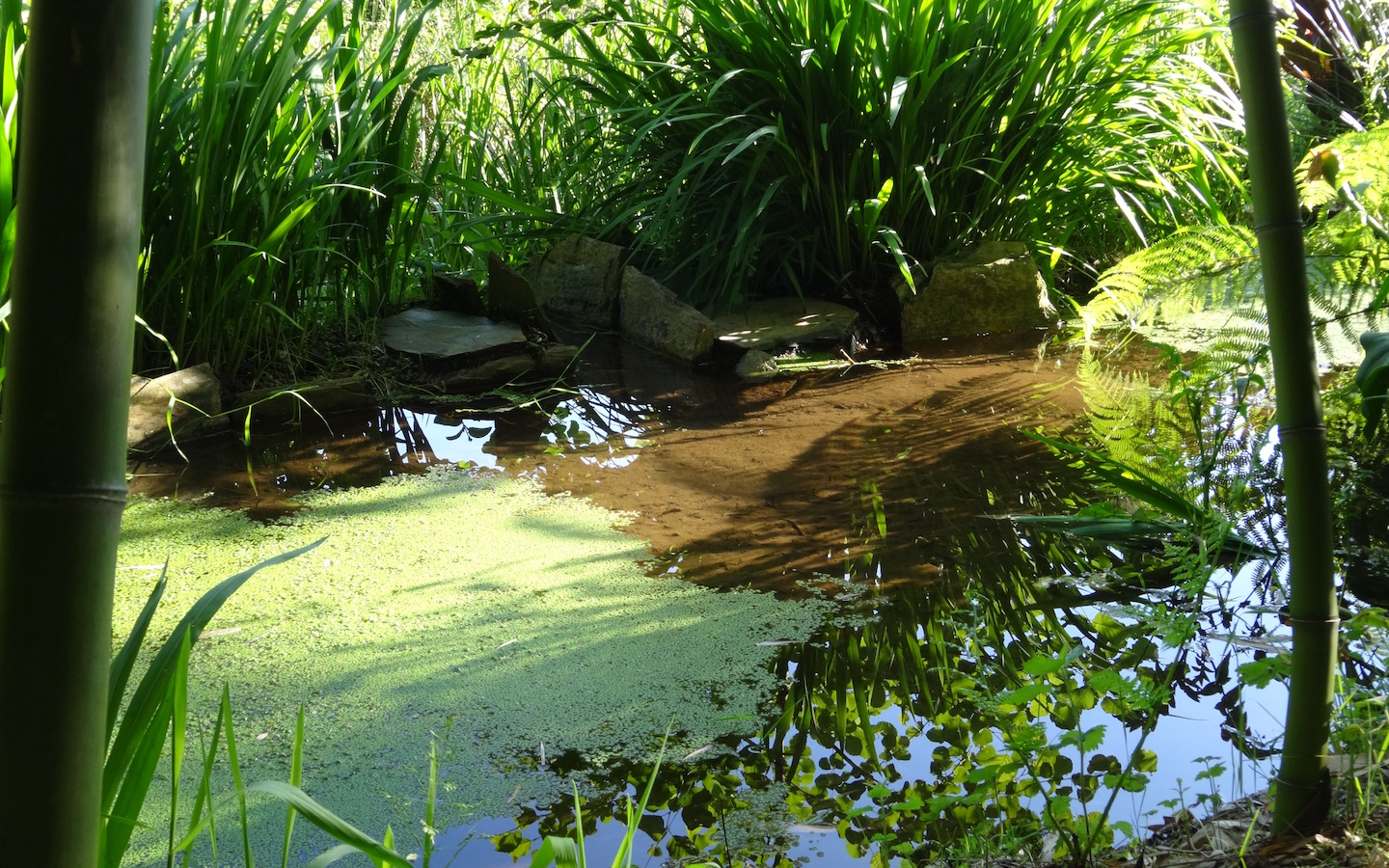 The ponds – part of the permaculture water retention landscaping

It often felt like something with a life of its own. Sometimes it felt like a crazy utopian delusion. Yet simultaneously it felt like a deeper undercurrent of wisdom pushing me out of dreaming into action. Being the change. Walking the talk. Living life in full conscious awareness of the fundamental unity of all life and the presence of life in everything. Treading lightly on the Earth and lightly through life. Taking my responsibilities to the planet seriously and myself much less so.

It’s a way of being which has sustained humans in a respectful, vibrant, healthy relationship with nature for thousands of years, somewhere on the planet at least. A wiser and more humane way than this brief modern flirtation with a hopelessly objectified, fragmented, mechanistic, exploitative and lifeless conception of existence which is leading to so much death and destruction in the biosphere and is simply unsustainable, whichever way you look at it.

It’s the way of the heart as much as the head. The way of essence as well as form and substance. The way to an abiding sense of wholeness, sufficiency, gratitude, joy, peace; qualities largely absent in a reductionist and materialist culture where the stress of affording rents and mortgages, energy and food bills and the relentless imperative to exploit our planet and ourselves makes grim treadmilling slaves of us all.

Permaculture is nothing new then. But neither is it a mindless return to some romanticised rural idyll in a modern-day ‘The Good Life’ style because the past has habituated us to a multitude of fundamental land stewardship errors. Errors we’ve perpetuated since agriculture first began. Science has its place. We need to approach growing our food from a position of understanding what contributes to, rather than detracts from, the health of the biosphere of which we’re all part.

"I think if we could get Earth in a living and stable state, not a constantly degrading and dying state caused by our actions, then we have won some right to go to the stars. But at present I don’t think we’d be welcome anywhere else in the universe. You wouldn’t welcome anybody who’d laid waste to their house and wanted to live in yours, I’m sure."
Bill Mollison, co-founder of Permaculture

How were we to find ‘our’ place though? The piece of land and community where we’d be able to do this? The answer eluded me for a long time until, in late 2008, Portugal appeared over the horizon, the land found us and the dream somehow tumbled into reality.

I’m still amazed at how it happened the way it did, but we – that’s me and my children, both in their presence and in spirit – took on responsibility for Quinta do Vale, 2 hectares or so of beautiful mountainside in the Serra do Açor in Central Portugal. 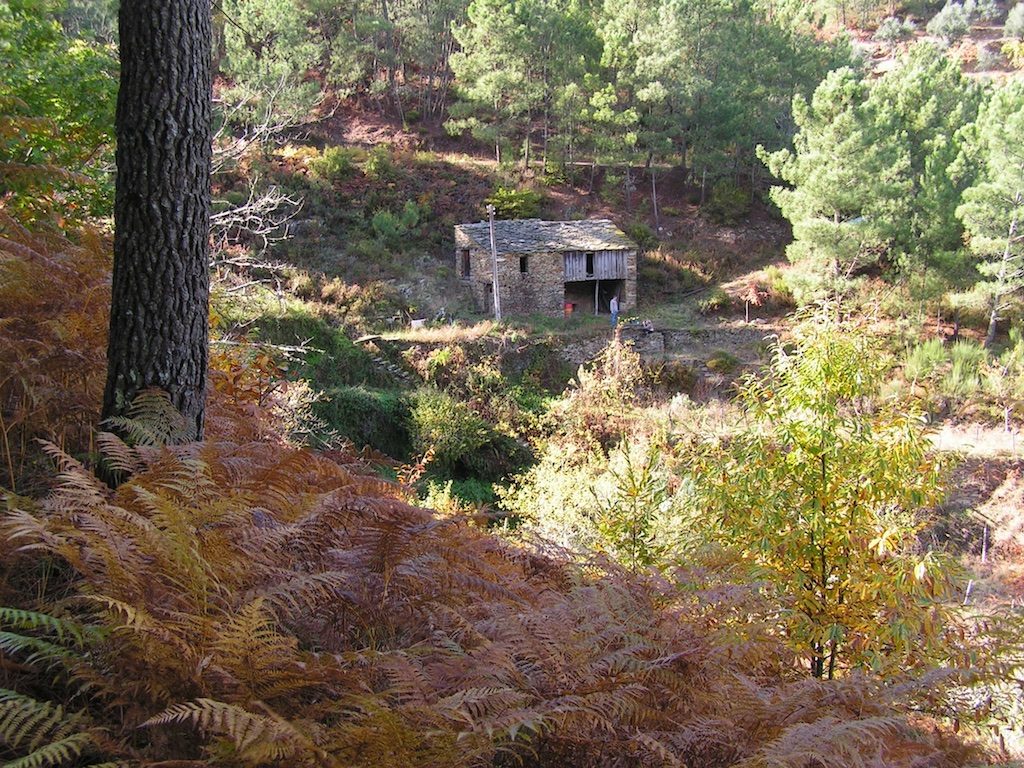 That was more than a decade ago now! It’s insane how quickly the time flies by …

This website and blog started as a simple record of our progress: our triumphs, our disasters, what we felt about it, what we did about it. A virtual scrapbook – repository of working ideas (I couldn’t lose them if I put them here!), and a means of letting friends and family stay in touch.

As time has gone by, it’s slowly evolved into a detailed information resource, aiming to help others improve on our successes and sidestep our failures, while the shorter snippets of information, commentary, interesting articles, videos, etc, have migrated to social media (Facebook, Instagram and YouTube primarily) which are much better platforms for that kind of thing. In time, the site will become a full project record of everything we’ve achieved here and a gateway to the opportunities available to come and learn with us. 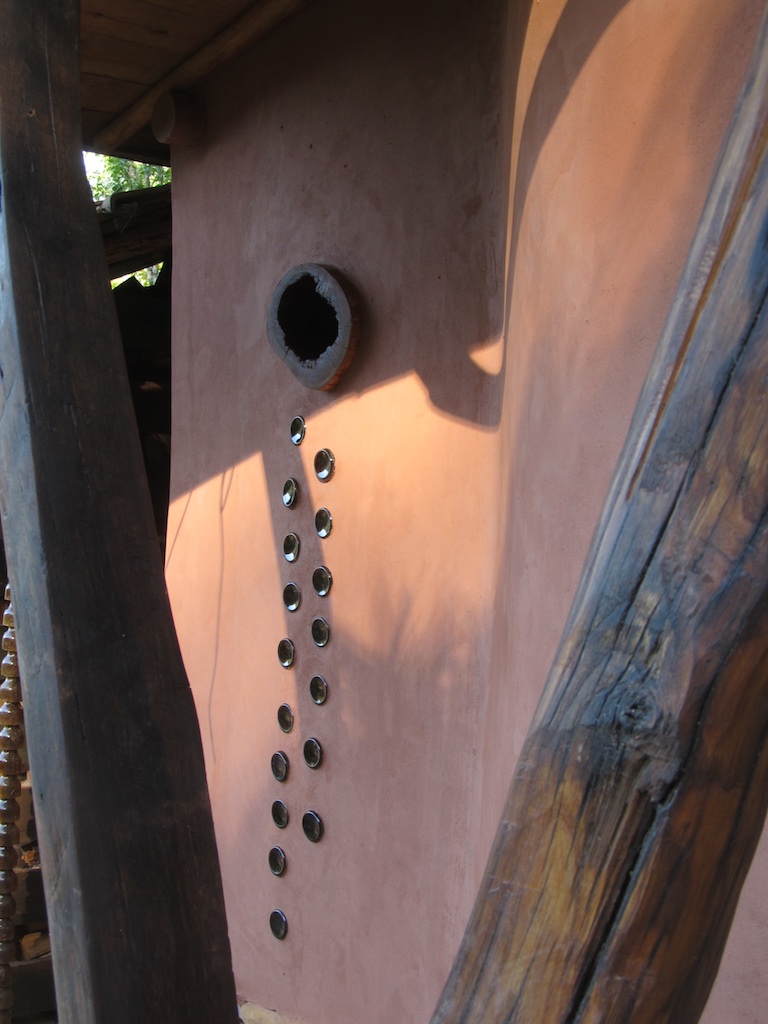 And as it’s evolved, the project itself has slowly taken on its own life. It grew from a vision of cosy family-sized self-reliance into something much more.

The kids grew up and left to do their own thing. The steady stream of visitors inquisitive about permaculture and wanting to come and see what we’ve done, volunteers wanting to work here, the peculiar logic of the building renovations, the ever-growing growing areas, the friends and fellow pioneers who’ve come to work here and throw their ideas and skills into the melting pot … all have pushed me inexorably towards creating a place where not just me but others in the surrounding community can pass on what we’ve learned and demonstrate the various aspects of off-grid and sustainable living, natural building, permaculture and regenerative agriculture that we’ve all variously explored and experimented with. I also offer consulting.

No project like this is ever ‘finished’, but by mid 2017, all the main building work was coming close to completion. The growing areas were well established and getting lusher and more productive by the year. The end of the ‘forming/storming/norming’ phase was in sight and I was looking forward to the ‘performing’.

Then – because getting complacent about life in a glorious little eco-bubble isn’t an option right now when the wider environment is so damaged – came the fires.

The catastrophic wildfires of October 15-16, 2017, when almost 2,000 square kilometres of Central and Northern Portugal burned inside 24 hours, came through these valleys.

In a country well-accustomed to annual forest fires, firestorms on such a scale and severity have never been seen in Portugal before. Including the firestorm around Pedrógão Grande in June, 2017 saw 115 people lose their lives and more than 300 injured. In these valleys, two people in the village of Cerdeira were among the 49 people who lost their lives in the October fires. 22 families and individuals lost their homes. Many more than that lost their incomes. The enormous and unprecedented amount of damage the fires caused, on the quinta itself and over an unimaginably vast area of Central Portugal, met complete indifference from global media.

The aftermath has been brutal. The landscape is like a war zone. Which indeed it is – the war of mankind against nature. A cold late winter for Northern Europe meant a wet spell for Portugal (the jetstream gets pushed further south) and torrential rains followed. Much needed, as the drought which preceded the fires was part of what made them so severe, but the rains washed burnt soils off mountains and into rivers and collapsed terraces, roads, tracks and fire-damaged buildings. This last 6 months have put many of us right back or even beyond where we started. 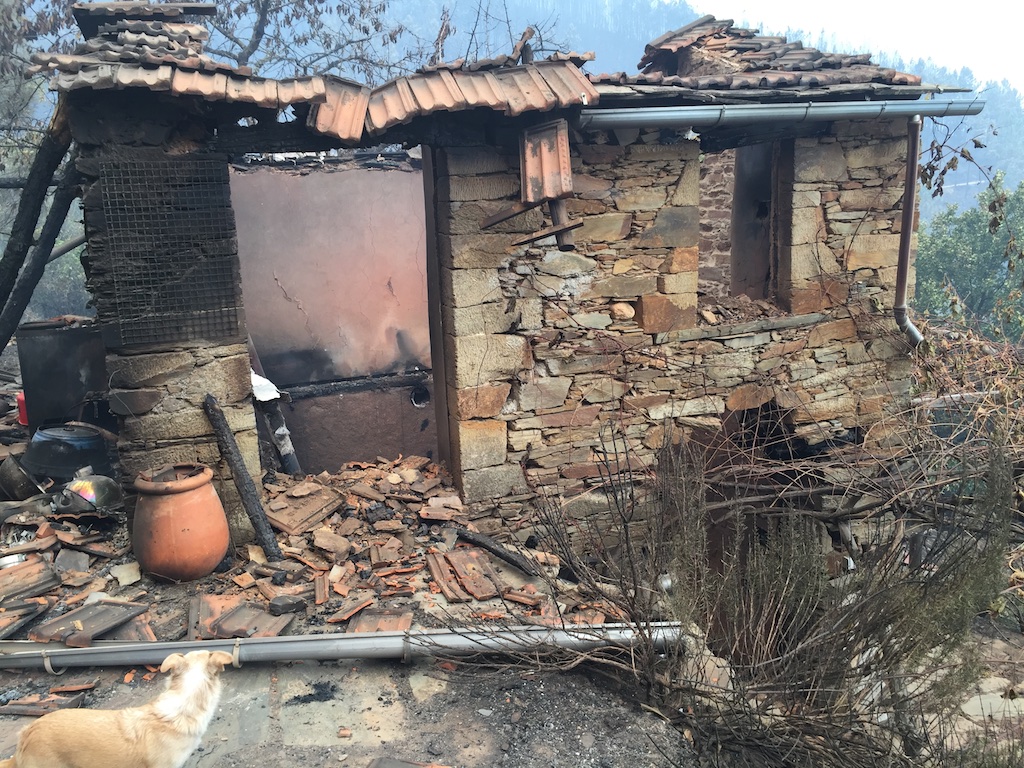 Or forward, depending on how you look at it. Changes which have been necessary for decades are now much more urgent.

So far pretty much everyone within the Benfeita area is determined to stay and try to put their lives here back together: individually and as a growing community of people determined to make a change.

In the wake of the fires it’s become clear that ecosystem restoration work necessarily goes way beyond the boundaries of individual quintas. There’s a whole wrecked bioregion to be restored to health … which doesn’t mean letting it go back to the degraded state it was in before the fires.

So I’m now working with a small local team and our municipality to realise a regenerative vision. This vision sees humans as an integral and essential part of the natural environment, and human society as part of the ecosystem in which it’s embedded. It’s a vision many of us who’ve come here to live have held for a while. It’s bold and it’s beautiful and now is its time.

This project is just taking its first baby steps, but we are finding a lot of enthusiasm greeting these ideas, sometimes in the most surprising of places. More details on the Community page.

If you feel moved to support us in our recovery and in this venture, either collectively or individually, please see the Get Involved page.

We’re guided by the sun and the rain, the rocks, the trees and the wind whispering through them, the living waters that tumble through the land, the birds, the soil and the plants that grow in it, the sound of laughter, songs, silence, inner nudges, serendipity and ‘coincidence’, permaculture principles and design, ecology, evolving soil science and mycology, the creativity and experience of others who are doing similar things here and elsewhere around the world, and the warm and generous people of this place.

If you share the dream but not the reality, I hope this site will offer some inspiration and encouragement. And if you don’t, perhaps there will still be something here for you when the western economic system ploughs full speed into the buffers at the end of the line …

"The point is, if you are not standing on solid ground in terms of not just food storage, but a plan for sustainability, then you and your family are in serious danger. This is not a game, and it is not to be taken lightly. It is not something to be shrugged off and postponed for some undefined “later date”. If you have not already started the process of prepping for economic downturn or collapse, then you need to start today."
Giordano Bruno